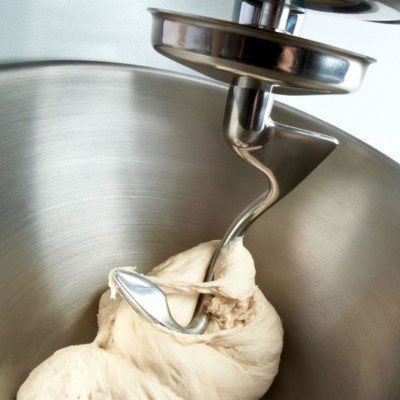 An emulsifier has a water-loving end and a fat-loving end. It is used in water-oil emulsions to prevent their immiscibility and to maintain these systems’ stability. In the baking industry, emulsifiers are used frequently, but surprisingly, not everyone knows their functionality. Emulsifiers are mythologized, expected to strengthen gluten network and improve structure.

But do they really do the work to create softer and better products like we think they should?

We used a straight dough method with an hour of fermentation (proofing) to make a 200 g pup loaf. After cooling for 30 min, at an internal temperature of 100oF, we packaged the bread and kept it at room temperature for four days. We used the Brookfield CT3 Texture Analyzer to perform a TPA with an acrylic cylindrical probe of 1.5”, and the settings used a target value of 5.0 mm for a #18 slice. The trigger load was 10.0 g and test speed was 1.00 mm/s.

Analysis for the TPA texture attributes was performed using the TexturePro CT V1.8 Build 31 software. The specific volume was measured by the BVM-L 370 laser topography volume analyzer from Perten Instruments. The volume results are shown in Table 1, and texture parameters are shown in Table 2.

The emulsifiers used were lecithin and sodium stearoyl lactylate (SSL). Lecithin is the first emulsifier used in commercial baking applications.SSL is widely used because besides having an emulsifying effect, it is considered to be a dough conditioner. We also tested IBISTM Green, another dough conditioner. IBISTM Green is a clean label conditioner that should help improve dough performance and volume.

Table 1. Effect of emulsifiers on the mixing time and volume of bread:

*Specific volume was measured by BVM- L370 from Perten Instruments.

Lecithin and SSL as emulsifiers were able to lubricate gluten and delay its development, which resulted in longer mixing times compared with the control. The emulsifiers could better trap the gas bubbles inside bread structure and increased bread volume slightly. Emulsifiers have also been reported to improve fermentation performance, which could be another reason for the volume increase.

IBISTM Green is a blend of enzymes and ascorbic acid. Ascorbic acid is an oxidant that promotes dough development by strengthening the gluten. Its combination with the enzymes allows for the gluten to function better, which leads to greater loaf volume.

Table 2. Texture parameters for bread with emulsifiers and control at Day 1 (D1) and Day 4 (D4):

As shown in Table 2, IBISTM Green softened the bread, but lecithin and SSL did not. All bread was staling after four days’ storage, and lecithin and SSL were unable to  retard this staling.

The reason that industry still uses emulsifiers like lecithin and SSL is not because they strengthen dough, soften crumb, or extend shelf life, but because they could help avoid dough tearing in the industrial fast line.