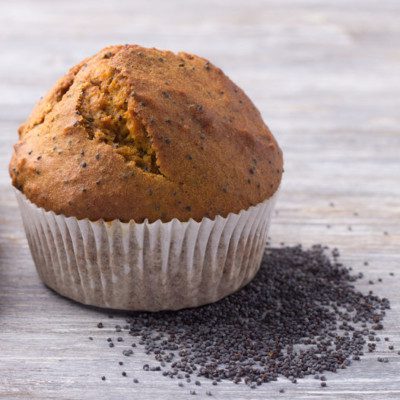 What are Poppy Seeds?

Several varieties of poppy seeds are known such as white, yellow, brown, blue and black. They contain small amounts of morphine alkaloids, such as morphine (18.6 mg/kg) and codeine (2.3 mg/kg).2 They can be found commercially in the following forms:

Poppy seeds are ancient oilseeds thought to have originated in the Mediterranean area. They were first cultivated in the first century AD and used in bread making. Then, the seeds spread by the Roman Empire and its use in food production further developed in Europe.3

Currently, poppy seeds are produced mainly in Turkey and China. In the US, growing opium poppies is banned. However, importation of poppy seeds is permitted.4

Poppy seeds perform several functions in baked goods such as:

Composition of per 100 grams:5

Alkaloids, morphine and codeine content are insignificant when consumed appropriately. However, over-consumption may cause serious adverse health effects.2

The first step in manufacturing poppy seed derivatives is hot water washing (60°C /140°F ) for a long  time to remove the morphine and other alkaloids from the seed.2

Poppy seeds are commonly used as toppings for bread, rolls, cookies, cakes and other baked goods. They are also used in traditional foods like “Hamantashen” a jewish pastry, “ kolache” a traditional czech sweet bun and several German yeast breads.7

Some considerations  when cooking with poppy seeds:2,7

Poppy seeds are generally recognized as safe (GRAS) by the FDA.2